This multi-part guide is designed to help intermediate players go from understanding the rules of Skyweaver to reaching Grandweaver. It’s written with a Constructed bias because that’s mostly what I play, but Part 1 and Part 2 concepts also apply to Discovery.

Tempo and value are critical concepts in all collectible card games. In some sense, the entire process of building and playing decks is a test of your ability to balance tempo and value. To succeed, you need to understand when and why to prioritize one over the other.

Tempo, also called momentum, is your ability to win based on the current state of the game. Having tempo means you are on track to win the game if nothing changes. For example, if you have a giant creature on the board and your opponent has none, you have tempo. Your opponent must proactively change something to take back the tempo, while you can win as long as you block their attempts to take tempo away from you.

The durability of your tempo advantage is also essential. A 4/9 and a 4/1 will end the game in the same number of turns. However, the 4/1 is much easier for your opponent to remove.

The primary form of tempo in Skyweaver is board control. This means having creatures in play while preventing your opponent from building up creatures of their own. The player with board control can make favorable trades to continue gaining tempo, resulting in a snowball effect. For example, using a 2/3 to kill a 2/2, then next turn to sacrifice the now 2/1 creature to kill a 3/2, keeps board control while also giving you a 2-for-1 card trade. 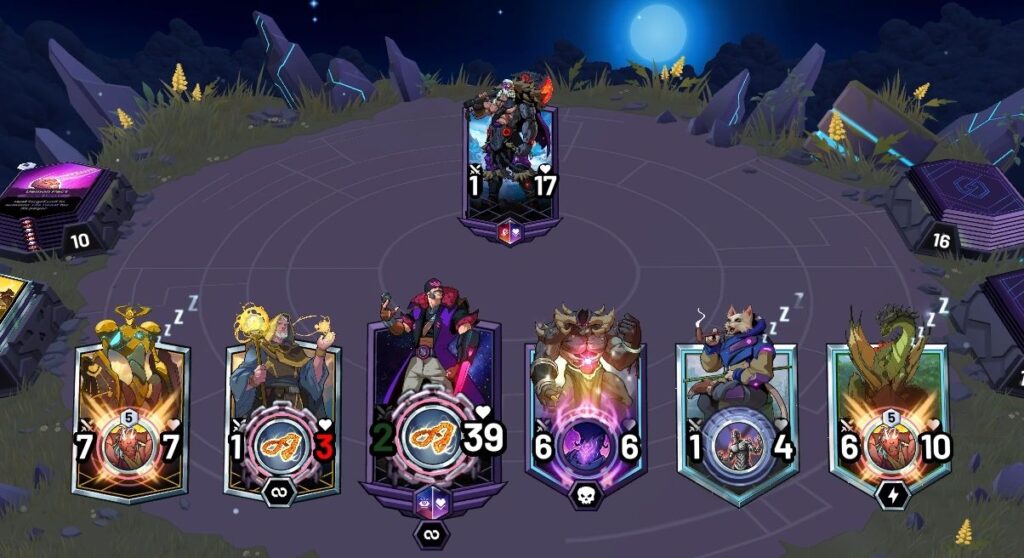 My board control here gives me a huge amount of tempo. 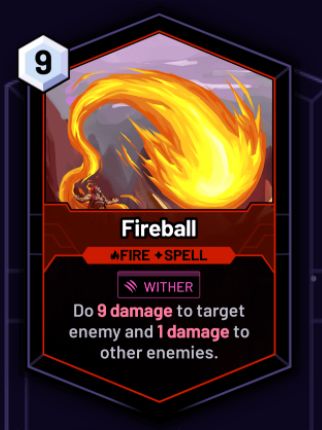 Although not relevant in most matches, cards in hand can also represent guaranteed damage to the enemy hero. If you have a Fireball in your hand, your opponent effectively has 9 less life. Accordingly, a wise opponent will play differently if they suspect you have one available. Similarly, certain combo decks can kill their opponent in a single turn. They may have an enormous tempo (whether their opponent knows it or not) by having most of their combo pieces in hand.

Tempo is critical in winning the game. However, simply maximizing your current tempo by playing as many cards as possible can be a mistake. Should you run out of cards in your hand, you will no longer have the tools to deal with enemy creatures or the ability to play more creatures. If you want to maintain a long-term tempo, you need to get more out of your cards than your opponent does from theirs. Even if you are playing Aggro and don’t care about the long term, you need to get enough value out of your cards that you don’t run out of tempo before your opponent runs out of HP.

The value of a card is its long-term effect on the game. You can mentally approximate a card’s value by thinking about its usefulness if both players started at 200 life with 20 mana.

Cards have an approximate amount of inherent value, but how much value you actually get out of them in-game depends on how you use them. Using a 2/3 to kill a 2/2, then sacrificing the now 2/1 creature next turn to kill a 3/2, would generate value for you relative to your opponent. This is because you took out two of your opponent’s cards for one of yours. In contrast, simply trading your 2/3 to kill an enemy 3/2 is going even on value – you’re both down one similarly powerful card. 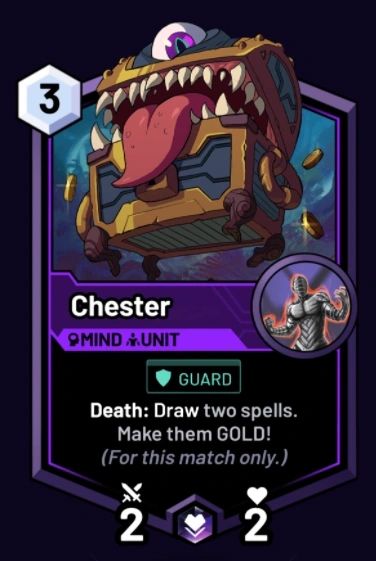 Cards are the primary source of value in Skyweaver. You gain a card advantage by trading one of your cards in your hand or on the board for more than one of your opponent’s. Card advantage is relevant in all but the shortest games. Even if players don’t entirely run out of cards, having 2 cards in hand instead of 7 means they have fewer options and less ability to generate tempo. And if one player does run out of cards, they will be unable to use all of their mana and will fall behind on tempo, causing them to lose the game. Every competitive deck runs multiple sources of card draw. The longer you expect your games to take, the more mana crystals you will have available each turn. So if you are playing a control deck that expects to win sometime between turns 12 and 20, you’ll need a lot of card draw to keep your hand full while still using all that mana.

Chester will always provide card advantage. Almost all creatures that draw at least one card are popular in Constructed decks because they give some tempo while also providing card advantage.

The quality of cards also matters when evaluating value. Trading your Claw Bear to kill your opponent’s Cryogen would be a tremendous value play even though it is one card for one card since Cryogen has a much more significant impact on the game if it stays alive than Claw Bear. 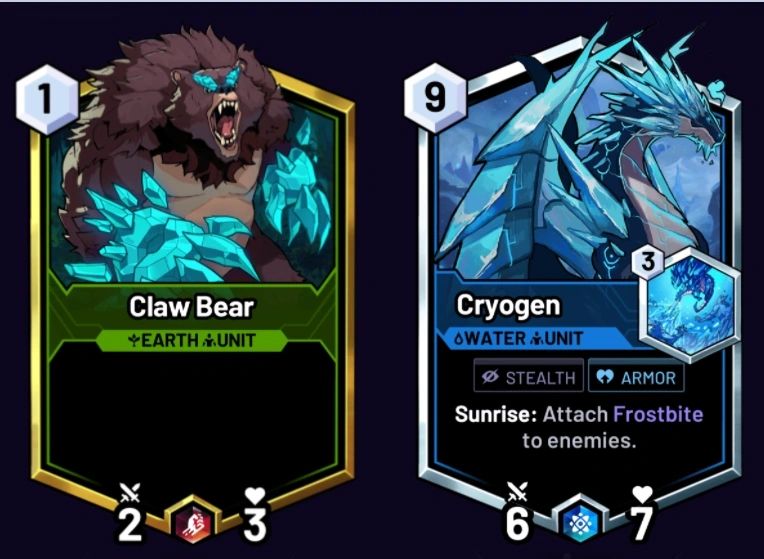 In Skyweaver, deck advantage during play mostly takes the form of saving particular creatures or spells to counter specific enemy cards. For example, if your only removal left is Encapsulate, and you know your opponent is running Dracomantium, you ideally want to save Encapsulate until you can dust the Dracomantium. This is to prevent it from giving the enemy hero armor, rather than using your spell to remove a random 4/4. On the other hand, your opponent would like to wait to play Dracomantium until after using Encapsulate on that poor 4/4.

Hero HP is a valuable resource, just like cards. In Skyweaver, you can spend HP to gain tempo by attacking enemy creatures with your hero. Your HP total also determines how quickly you need to react to the enemy’s attempts to gain tempo. With a large HP total, you can afford to punch an enemy 6/1 unit with your hero or stall a turn or two while trying to draw the perfect answer to remove it. You must play cards quickly and potentially suboptimally at low HP to stay alive without relying on your hero to punch enemy creatures.

Mana has a significant impact on the game, but only a handful of cards add or remove max mana. Increasing max mana doesn’t directly provide card advantage or tempo. Still, it does make it easier to gain tempo on future turns. A big tempo play enabled by extra max mana can generate card advantage. Especially if your opponent has to use many cards to remove the expensive cards you’re playing.

Prioritizing Tempo vs Value – While Playing

Knowing when to play a given card to maximize value or tempo is critical to successful play. Skyweaver is more profound than many other card games because you can often make tempo vs. value decisions during play and deckbuilding. To understand the difference, even for the same card, consider Psyche.

If played “on curve” (for example, playing a 2 cost unit when you have 2 mana available), Psyche’s 3/5 stats and lifesteal generate a tremendous amount of tempo. If your opponent doesn’t answer it, each turn Psyche will either kill a small enemy creature without dying or generate a 6 point life swing in your favor by hitting the enemy hero. Unfortunately, Psyche draws your opponent a card when summoned. Hence, it actually generates a negative card advantage when played on curve if they immediately remove it. You will have traded 1 card in your hand for net 0 cards in your opponent’s.

However, Psyche’s 3 mana attachment Memesis potentially generates a great deal of card advantage if triggered. At the same time, you have fewer cards in hand than your opponent. Suppose you play Psyche and its attachment late in the game while you have no other cards in hand. Your opponent has 7; Psyche nets you +7 cards relative to your opponent. At this point, a 3/5 creature doesn’t provide a lot of tempo itself, but the pile of cards it draws has tremendous value.

The same idea of playing as quickly as possible to generate tempo or waiting for the perfect moment to generate value applies to spells. Playing mass removal to kill two small creatures immediately reduces your opponent’s tempo. It allows you to play your creatures and gain a tempo advantage. However, it’s only a 2-for-1 and may provide limited value if they were small creatures that would have died without accomplishing much as you both played larger creatures.

If you over-prioritize tempo, you may not have mass removal in hand when you really need it later. Holding your mass removal to kill an entire board of 6 enemy creatures and mighty enemy creatures maximizes value at the price of giving up tempo. Since you are getting hit by creatures while you wait, but if you over-prioritize value, you may fall so behind in tempo that you run out of HP and lose.

Prioritizing Tempo vs Value – While Deckbuilding

Deciding how much tempo vs. value to include in your deck is critical to successful deckbuilding. Some cards like Psyche can provide either, but many cards fall on one side or the other. A creature like Mad Hat is usually low value because your opponent will probably punch it with a banner hero or a less valuable 2/1. But the discount it gives to your spells in hand, its Guard and Wither, and the 3 damage to the enemy hero (or loss of an enemy creature), gives you good tempo.

In contrast, Scooter provides excellent value – at a minimum, it draws a card to replace itself if you save two mana, and if left alive, can continue drawing a card every turn. However, it only provides this value by sacrificing tempo. To get that draw, you need to have leftover mana at the end of your turn, slowing down your ability to play other cards.

Skyweaver is a very well-balanced game, but some cards provide so much tempo AND value it is difficult not to include them when building a deck with their prism. For example, Brimstone provides a decent tempo with its 3/2 body for 2 mana. But it also generates a beneficial removal spell when it dies. Burn to a Crisp can, in itself, be used immediately for tempo by doing 3 damage to a creature or damaging the enemy hero directly if they are near death. However, if held to maximize value, it does lethal damage to a creature with a substantial death effect. It removes it from the game, so the effect doesn’t trigger.

The exact balance of tempo and value depends on which type of deck you want to build, and will be discussed in much more detail in part 2. Read it here.

Feel free to @Jamodon on the Skyweaver Discord or DM me if you have questions, comments, or topics you’d like me to cover in more depth! You can subscribe to my site below if you’d like to be updated when I release a new article.

This guide is written by Jamodon on the 1st of January 2022 and published on playing2earn.com . It is published here under his permission. Please visit his website as well and support his content. 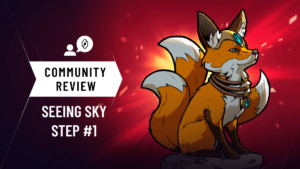 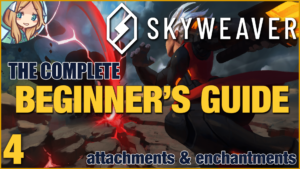 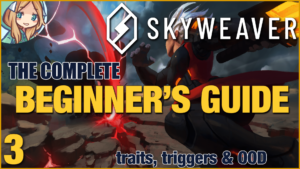 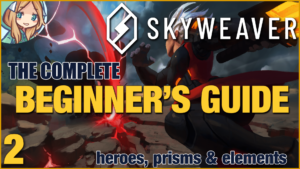